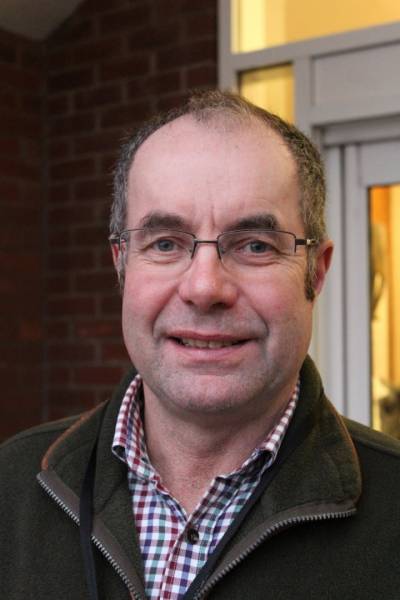 Lars Nielsen, of Viking Genetics artificial insemination company, said a joint breeding programme between Denmark, Sweden and Finland was focused on the countries’ three main breeds: the Holstein, the VikingRed and the Jersey. A recent report had placed the three Nordic countries as having the lowest sales of antibiotics for dairy cows in Europe. This ranking, said Mr Nielsen, was largely due to a focus on clearly defined breeding goals.

“Scandinavian farmers not only have the lowest use of antibiotics, they also have the highest milk yield per cow over 305 days, in terms of kilogrammes, for all recorded cows across all breeds.

“These results have been achieved through the use of the Nordic Total Merit Index. It uses 60 sub-traits combined into 14 main traits, all of which are economically important. The weightings are distributed with 50% for health and fertility traits, 30% for production and 20% for conformation.”

Mr Nielsen also gave the audience some facts and figures about dairy farmers in the Nordic countries. Some 90% of producers used recording techniques, with information from 90% of cows used to compile a national database on general animal health. Meanwhile, 85% of cows were registered to provide fertility information and 40% of foot trimmers supplied reports on hoof health to a central data capture system.

British Cattle Breeders Club chairman and AHDB Dairy technical manager, Andy Dodd, commented that the UK industry’s breeding indexes for *£PLI and **£SCI were currently in a strong position to replicate the success of the Nordic countries, with UK antibiotic usage not far behind the figures recorded in Scandinavia.

Award-winning milk producer, Roger Hildreth, manages just over 100 Holstein Friesians at Curlew Fields, near York, with his son, Tom. A visit to the USA just a few years ago inspired him to adopt a ‘can-do’ attitude, he said, starting with a thorough review of farm costings. He has since won a Promar Milk Manager of the Year title and the title of Asda/Arla dairy farmer.

Among the changes implemented by the Hildreth family was a switch from bedded loose-housing to cubicles, as well as the introduction of a calf feeding regime which ensures that calves are given a maximum of six litres of colostrum over a 24-hour period, followed by 875 grammes/day of a good quality milk powder.

“We set a target weight of 90kgs for calves at eight weeks, and the vast majority of animals reach this goal,” he told delegates. “Calf coats are used in poor weather and we like to maintain a low stocking rate in the calf pens, with a maximum of six calves per pen.”

Mr Hildreth outlined his enthusiasm for benchmarking farm performance against other, similar farm businesses. He pointed out that in 2015/16, Curlew Fields was making 33% more profit per cow place than the next highest farm in the benchmarking group, with the figure rising to 50% for 2016/17.