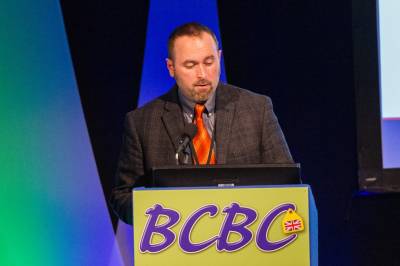 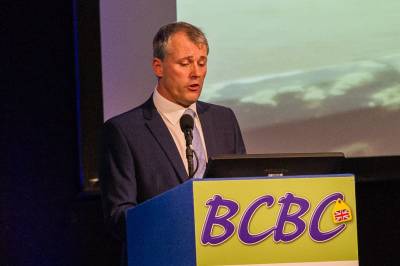 The second day of the British Cattle Breeders Club’s annual British Cattle Conference for 2018 saw Dr Matthew Cleveland fly in from the USA, to give a presentation on maximising profits through improved beef genetics, while grower, Andrew Ward, urged farmers to get involved in public relations.  The Conference also saw the launch of new indexes for dairy cattle, with the 22-24 January event at Telford in Shropshire marking the BCBC’s 70th anniversary and carrying the theme of ‘Farming and Genetics – Let’s Inspire the Next Generation.’

Among the many options for differentiating beef in the marketplace, the most important were those which were measurable and demonstrated a real difference in value, said Dr Cleveland, who is the director of global beef product development for Genus.

“As breeders change their cattle genetics, they need to see an improvement and have a firm objective for the outcome which is linked to the supply chain,” said Dr Cleveland. “There are barriers to this type of improvement within the beef industry, because the benefits of taking action can be unclear.

“All of the parties along the supply chain need to perceive an advantage in any progress that is being made. Once stakeholders see its value, they will begin to demand greater genetic differentiation.”

The first steps were to understand the real value within the marketplace and define economically relevant traits, as well as deciding how performance data would be collected, he explained. The breeder should then create differentiation through a set of selection objectives, finally putting into place a targeted programme of improvements. Dr Cleveland argued the case for splitting objectives into terminal and maternal traits and basing matings on the information generated by this data. He added that the final stage for a tailored system of genetic improvement should include the aim of increasing profitability through each generation.

Lincolnshire farmer and founder of the Forage Aid charity, Andrew Ward described how the industry came together on several occasions where extreme weather caused problems for farmers. This included the forage shortage which occurred in 2013. Mr Ward also gave his views on the future, commenting on the uncertainty surrounding Brexit. However he also saw the move as an opportunity, stressing that producers had many more mouths to feed, compared with any other time in history.

“Big changes are definitely ahead, and we are already seeing some exciting developments, such as the robotic picking of fruit and vegetables in glasshouses and driverless tractors. But we are also facing threats from activists on subjects like chemical crop spraying, the bovine TB issue and the effect on human health from eating livestock products.

“More than ever before, we must tell our story and make sure the public receive accurate information about the way we farm. You would go to a doctor to learn about medicine and to a mechanic for problems with your car, so we must be proactive and encourage the public to come to us for advice on farming and not seek information from the vegan lobbyists, for example. Some anti-farming groups are highly active, especially on social media, and it is up to individual farmers to try and redress the balance,” said Mr Ward.

The group of more than 200 delegates also heard how four new dairy indexes for calf survival, carcase quality, lameness and feed efficiency will be added to the existing Predicted Transmitting Abilities published by AHDB Dairy. Announcing the launch, the organisation’s Marco Winters said that a range of data had been accessed, in order to produce the new information, which will start to be released from April.

“These four new traits for 2018 build on our progress and address some of the pressing issues the industry faces today,” said Mr Winters, who is head of animal genetics. “Farmers want to know which dairy calves have good survival, which daughters are less prone to lameness and which will convert their feed into milk more efficiently. Producers will also value the addition of carcase traits, particularly if they are rearing pure or cross-bred dairy beef.”