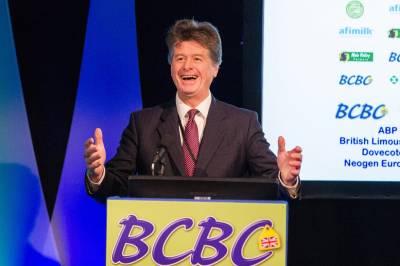 Gwyn Jones, AHDB Dairy Board chairman, stressed the need for producers to review their herd calving pattern, to ensure that their system maximised profitability 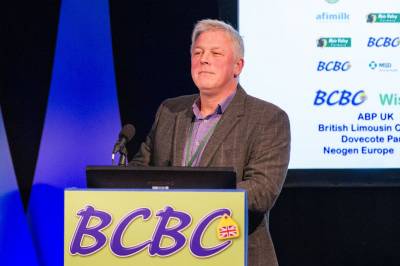 Professor Mike Coffey of the SRUC predicted that the continued development of genomic selection would slow down to a degree, but progress would remain steady

World leaders in the field of cattle genetics gave an overview of the latest technological developments on the first day of the British Cattle Breeders Club’s annual British Cattle Breeders Conference this year. The 22-24 January event at Telford in Shropshire marks the BCBC’s 70th anniversary and carries the theme of ‘Farming and Genetics – Let’s Inspire the Next Generation.’

AHDB’s head of animal breeding, Kim Matthews announced that a two-year genetic evaluation project to establish an index for tuberculosis resistance in beef cattle had recently got underway. It follows on from the AHDB Dairy’s world first, TB Advantage index, which ranks bulls according to their resistance to the disease. Other indexes, relating to susceptibility to diseases like ketosis and Johne’s, could follow, said Mr Matthews.

Gwyn Jones, AHDB Dairy Board chairman, stressed the need for producers to review their herd calving pattern, to ensure that their system maximised profitability. Processors had expressed concerns about milk supply post-Brexit and Mr Jones felt there was room for increased flexibility.

“There are pros and cons involved with block calving, compared with calving all year round, and the choice solution depends on the individual business. But we are urging farmers to consider whether their production pattern is right for their farm in the current climate, rather than continuing with a specific system because it is a tradition. It should be a conscious decision.”

Abby Moran from SRUC (Scotland’s Rural College, told the audience that all cattle breed types were more profitable when finished on a 12-month system. The average beef and beef dairy cross animal of today took 24 months to finishing, while the figure for Holsteins was about 18 months. Reducing days to finishing was also beneficial for the environment, through the reduction of methane emissions.

“Our research shows that profitability can be improved by hundreds of pounds per head, by finishing cattle in a 12-month period, although that may not be a practical option for all farms,” said Mrs Moran. “However the advice is to reduce finishing times by as many days as possible.”

Professor Mike Coffey of the SRUC predicted that the continued development of genomic selection would slow down to a degree, but progress would remain steady.

“It could take a decade for genomic selection to be adopted on a global scale,” said Professor Coffey. “In the UK, we will see new traits coming in and new ways of predicting cattle performance. Two factors which will be evaluated are immune status and survival.

“There are a number of options for gathering data in the future. We could see farmers paid more for collecting information from their animals than they receive for their product; some beef producers are already paid a fee for measuring the feed efficiency of their herds.

“At SRUC, we have the technology to measure sheep feed intake efficiency, as well as a mobile CT scanner, which is used on sheep and pigs. Historically, testing meat for its eating quality has been expensive and that has prevented the practice from becoming more widely used. We are using one third of the national kill data, to develop a way of making it cheaper. Within the livestock industry, we have to ask ourselves whether we want to change by management, or become victims of change.”