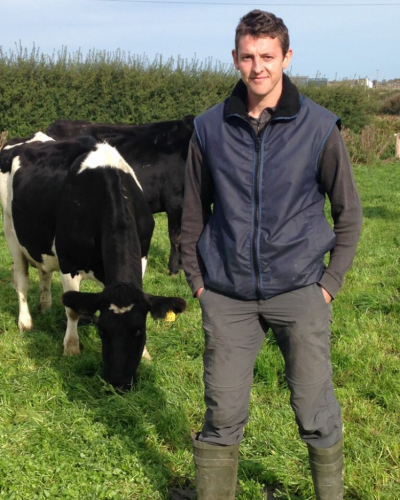 He was recently announced Winner of the New Entrant Award - Against All Odds, at the British Farming Awards and will be speaking at the British Cattle Breeders Conference in Telford on 22-24 January.

Matthew will present to the delegates his story ‘from City to Cows’, he is a shining example of what can be achieved through hard work and a positive attitude.  Coming from a non-farming background he grew up in Manchester and was first attracted to farming through family holidays on the Lleyn peninsula in Wales.

Matthew will demonstrate how his choices and decisions have influenced his farming career and that it is possible to follow your dreams.  Through hard work and determination Matthew is now farming in his own right and currently milking 440 cows in North Wales.