Menu
< Exciting Line Up of Speakers Announced for 2017 Conference 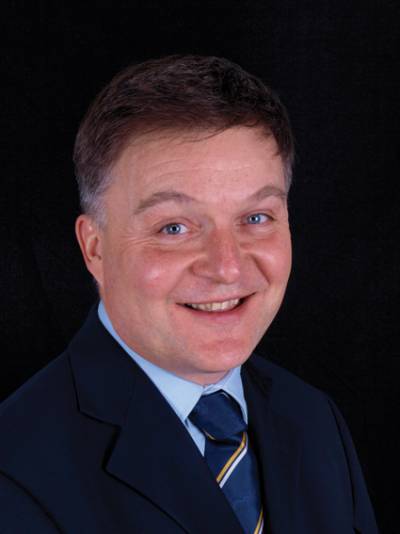 The forthcoming British Cattle Breeders Club (BCBC) annual British Cattle Conference, will take place on January 23-25, 2017. ‘Practical Innovation – Today’s Challenges for Tomorrow’s Generation’ is the theme which has been chosen for 2017 by Conference chairman, Iain Kerr, who is also the chief executive of the British Limousin Society. The event, which is being held once again at the Telford Hotel and Golf Resort in Shropshire, will see experts around the globe giving delegates an insight into a variety of topics, including the latest technology for improving profitability and the implications for cattle breeders post-Brexit.

Founded in 1946, the British Cattle Breeders Club (BCBC) was formed to promote the exchange of ideas on beef and dairy cattle production. Its annual British Cattle Conference has become an important event in the farming calendar, providing an opportunity to connect with some of the industry’s leading scientists, specialists, veterinarians and best practice farmers.

The post-Brexit panel discussion, entitled ‘Forging the Future in Post-Brexit Britain,’ will take place on the Tuesday afternoon and is expected to be one of the Conference highlights. Among the panellists is Professor Nigel Scollan, the director of the Institute for Food Security and an animal science specialist. He will be joined by George Lyon, independent director of the AHDB, while Owen Paterson MP has been provisionally booked as the third panellist.

Three eminent overseas speakers have accepted an invitation to speak at the Conference; one is Alison Van Eenennaam of the University of California, an internationally-recognised expert on gene editing who will weigh up the pros and cons of the technique and explain its relevance to the beef sector. Meanwhile, Jerry Wulf, of Minnesota, USA, who has spent five decades building an integrated company which markets 50,000 commercial cattle a year, will describe all elements of his production system, from genetics to consumer issues. The third overseas speaker is Professor Theo Meuwissen, who has recently received the John Carty award for the development of genomic selection and will be travelling from Norway, to discuss whether genomics have been fully exploited to date.

The BCBC committee, which organises the Conference, prides itself on providing a wide-ranging mix of speakers and the programme always contains presentations from some of the UK’s most forward-thinking cattle producers. For 2017, Scotland’s Robert Veitch, who has been recognised as having the first automated dairy farm in the country, has been booked, along with 2015 ‘Beef Farmer of the Year’ award winner, Meilir Jones.

“Since its inception, the BCBC has become a unique event, renowned for its mix of practical, high quality speakers. With the future of cattle breeding at heart, it links a wide spectrum of farmers, scientists, students and industry influencers. BCBC is a fantastic forum to kick off the New Year, challenging ideas, introducing new science and technologies and providing the opportunity to meet people, stimulate thought, debate and discuss. The 2017 BCBC Conference will of course be the first since the Brexit vote and held in a year that will likely be a formative one for UK agricultural and political history.

“We have seen over many years how cattle breeding has greatly benefitted from the dynamic integration of science, new technologies, and innovation. In this ‘new era’ I have no doubt that science and innovation will never have been more important for farmers now and for future generations. New thinking, and strengthening the ability to innovate, will provide the advances and improvements that will increase efficiencies and produce populations of animals that can respond to the demands of a changing market place and deliver profitability.

“As we look to a market driven economy that will expect high levels of production efficiency and will demand producer response to a wider agenda of competing challenges such as climate change, health and animal welfare, there is a need for us to examine whether the genetics we propagate at herd and breed level will deliver what will be required.”

Despite the event’s focus on technical issues, the Conference also offers an opportunity for networking and more lighted-hearted discussion and delegates always enjoy the Tuesday evening Club dinner, which this time will have a Burns theme, with Alastair Sneddon booked as the after-dinner speaker. He will talk about his observations over the 40 years that he has been involved in livestock auctioneering. The meal, which is sponsored by Waitrose and Dovecote Park, will be preceded by a Champagne reception, sponsored by Shearwell Data.

The British Cattle Conference extends a warm welcome to non-members, although anyone with an interest in the UK cattle industry is encouraged to join the BCBC; membership is £35 a year and includes a discount on conference attendance fees. To book a place and for help with arranging accommodation, please contact BCBC secretary, Heidi Bradbury 07966 032079 heidi.bradbury@cattlebreeders.org.uk