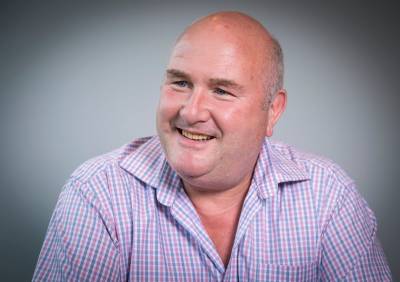 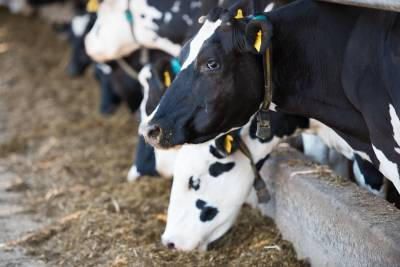 UK dairying has a ‘fantastic opportunity’ to lead the way and be part of the climate solution, said First Milk’s sustainability director Mark Brooking.

Speaking at the BCBC conference in January he said that the dairy industry had been under attack from different sides. Government was favouring extensive production while retailers and consumers were demanding new approaches to issues such as grazing, antibiotic use, care of calves and the use of soya and palm oil.

“What is the future going to look like? One thing that’s certain is that it’s going to look different,” he said. The motivation for this may come from legislation or through pressure from the consumer via retailers, but he believed that the industry would become less intensive.

“Technology offers massive improvements for the future. Genetics of course will also play a part.” Profitability was essential, he said. “You can’t be green if you’re in the red. We need to make sure that there is a sustainable business going forward.

Regenerative techniques were going to become more important, he said. “From a First Milk point of view we’ve taken the attitude that we would embrace these changes. To a certain degree our farmers are already regenerative in many aspects of what they do.

“With regenerative farming there is no necessary standard, no pass or fail, but you need to think about unintended consequences. It’s more an attitude than a standard,” he said. “It’s saying you need to get the same or more, from less. We’re the first generation to be really impacted by climate change and the last that can do something about it. We are duty bound to see what we can do.”

Livestock was a key part of regenerative farming, he said. “It’s difficult to see how it can take place successfully if you don’t integrate livestock. It’s a really good opportunity for those of us in the dairy, beef and sheep industry to say that they really do need us. Get some of those golden hooves on arable soil to make a big difference.”

Other principles of regenerative farming were minimising soil disturbance, protecting the soil surface, encouraging plant diversity and maintaining living roots, he said. “We’re trying to make sure we treat the soil as the most important asset on the farm. If you’ve got healthy soil you’ll end up with healthier and more productive plants. The circular approach then goes around to healthy animals, healthy people.

“I believe that by using a regenerative approach, the UK dairy industry can be part of the climate solution.”

First Milk encourages its members to measure the current situation with their farms and create a regenerative action plan. This enabled calculations for carbon sequestration, he said. “By achieving just a small amount of sequestration per hectare we can achieve our 100,000 tonne target by 2025. It’s a large part of how we’re going to get to net zero.”