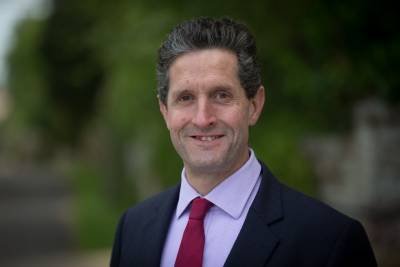 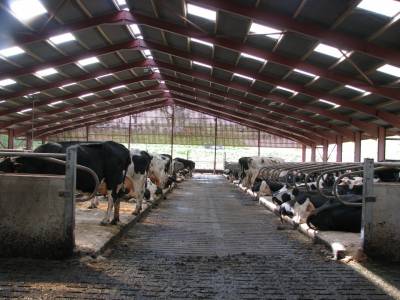 Increasing global methane emissions are a big driver of climate change, but UK agriculture is no longer contributing, Professor Myles Allen of Oxford University told the BCBC conference in January.

“Livestock does contribute to global methane emissions. The obstacle we face is that the current way we measure the impact of methane on climate simply isn’t fit for purpose.”

The notion of treating methane as a carbon dioxide equivalent gas doesn’t work, he said. “Methane and carbon dioxide are not equivalent. They both cause warming, but methane crucially causes much less warming.”

Consider the consequences of falling emissions and the contrast between them was starker, he continued. “Falling carbon dioxide emissions cause warming to slow down. That’s because carbon dioxide is a cumulative pollutant. The only way to stop carbon dioxide from causing global warming is to stop emitting it altogether. That’s why we are aiming for net zero by mid-century.

This meant that falling methane emissions had the same impact on global climate as active removal of carbon dioxide from the atmosphere, he said. The current accounting system however did not reflect this and will understate or exaggerate a farm’s impact on global temperature.

“UK agriculture is no longer contributing to an increase in global temperatures. That’s been achieved largely because of falling methane emissions from the ruminant sector over the past 20 to 30 years.”

Climate policy needed to be framed in terms of warming outcomes rather than the emissions input approach which was inefficient and failed to give the right incentives, he said.

“We need to penalise actions that increase global temperatures, reward actions that reduce them and we need to ensure that any reductions are permanent.”

Leaving the Common Agricultural Policy provided an opportunity for policy innovation in the UK, but that was ‘slipping away’ he said. “There is considerable inertia behind the traditional way of measuring carbon footprints.

“It’s going to take a concerted effort from the sector that’s most affected – the livestock farming sector – to turn this thing around.” It was not a priority for most politicians, but it would make a ‘huge difference’ to the livestock sector, he said.

“You should be arguing for being rewarded for your impact on global temperature and accept that you should be penalised for adverse impacts.

“Ruminant farmers deserve to be rewarded for the favour they’re doing to other sectors by compensating for the warming that other are causing through carbon dioxide emissions.

“It’s going to take a lot of work for you, but there is a lot at stake.”