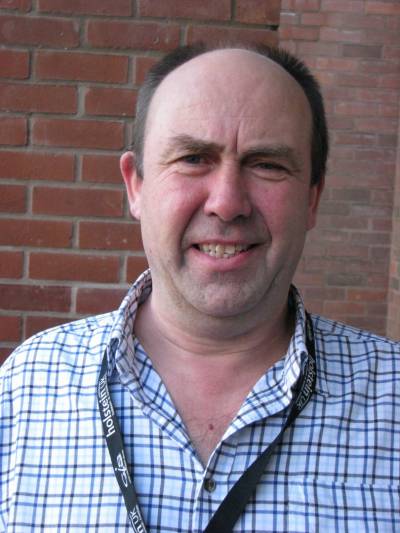 “Climate change is real – it is staring us in the face,” said Ballymena beef farmer and vet Billy O’Kane. “The last seven years have been the warmest years recorded. If we don't sort this quickly our ability to inhabit the planet will change profoundly.”

His concerns over climate change led him to undertake a carbon audit of his farm. “We hear all the time about the vilification of the cow. As a beef farmer, this is affecting my livelihood. I've got to learn more about this.”

He believes the figures about methane emissions from bovines are mostly correct. “However, we only hear one side of an equation, and it is very misleading. Governments all have a need to make policies which will reduce greenhouse gas emissions, increase sequestration. But it has to be done on the basis of the best scientific information and that means publishing all sides of the equation.”

Only considering greenhouse gas emissions was like only knowing how many goals a football team conceded in a match, he said. “It’s only one side of the story unless they also read out how many goals your team scored.”

He enlisted the help of an agricultural graduate who was about to start a PhD in climate change studies to carry out his carbon audit. “As well as looking at greenhouse gases released we would look at the credit side of greenhouse gases sequestered.” The resulting report is “a snapshot in time rather than a peer reviewed scientific paper,” he explained. His reason for the study was not to justify his farming activities but to “find the facts”.

Their study looked at sources of greenhouse gases, carbon dioxide and methane using various carbon accounting methods, but also sequestration by the farm’s assets including grassland, woodland and hedgerows. They discovered that using the GWP 100 carbon accounting method the farm was 54% carbon neutral, but under the more dynamic GWP* method this was 105%.

“In other words we capture 5% more greenhouse gases from the atmosphere and store them than we release so we are 5% beyond carbon neutral.

“Cattle farmers are not the cause of climate change, but we can play a very big part in kick-starting the solution,” he said. “We are the generation now who can and must make a difference.”