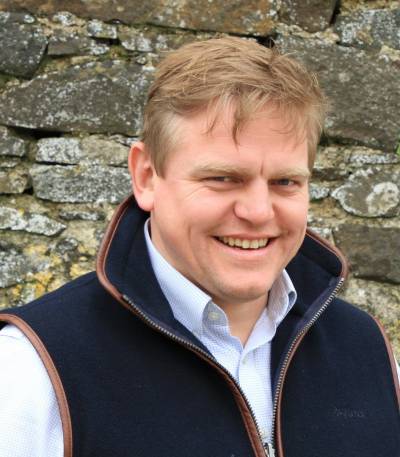 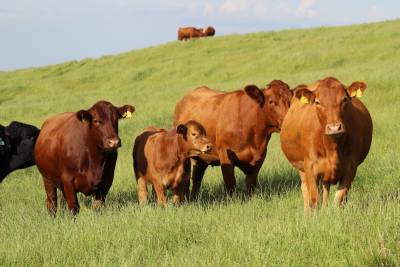 The right breed and management can reduce a beef herd’s carbon footprint by 40% according to Seth Wareing, Business Manager of Stabiliser Cattle Company.

Over the years since the Stabiliser was developed much has been done to improve productivity, animal welfare and profitability, he explained. However, while those three factors were easy to measure, sustainability was lesser known, he said. “Are they all pulling in opposite directions or are they all ended up in the same direction? When we started to look for the information on the sustainability side of things, we realised that actually out in the industry there's not a lot of data there.”

Working with Alltech, the Stabiliser Cattle Company started its own analysis in 2019, using benchmark figures from AHDB. It compared management decisions such as age at first calving, size of cows, birthweight of calves and calving period of the herd and their impact on carbon emissions. While reducing age at first calving and sizes of cows and calves had a positive impact, reducing calving period from 15 weeks down to nine led to a nearly 10% increase in carbon, he said.

“The reason for this is if we move from a 15-week bulling period to a nine week period without improving the conception rate there’s a whole heap of cows that would never have got served, so we end up with less calves.”

However, if fertility is improved so that the same number of cows were in-calf there would be more kilos sold off the farm which led to a saving of about 4% carbon.

Improving the longevity of cows also made a positive impact as it allowed farms to sell more females, which in turn made a small saving in carbon. Ensuring all cows were forage fed brought further savings, but improving efficiencies of youngstock brought even bigger rewards, he said. Reducing finishing periods led to the biggest savings, in particular keeping males entire could lead to a considerable reduction in age at slaughter and carbon savings of 16%. Improving feed efficiency also could be achieved quite quickly, he added.

“If we can manage to stack these one on top of the other we end up with big potential savings. In an example with the most efficient animals on the farm there can be a nearly 40% saving in the amount of carbon that is produced per kilo of beef as it leaves the farm.

“Every farmer can do at least one if not two, three, four or five of these. These things are not at odds. Big savings can be made when we start really focusing on all of these.”