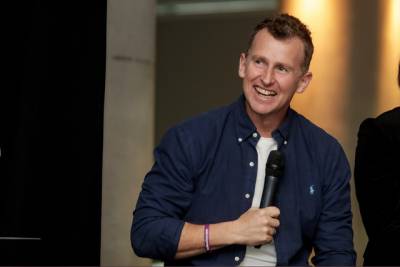 “The mind is a powerful tool that can be positive and helpful, as well as negative and destructive,” says Nigel Owens MBE, beef farmer, keen advocate for mental health and the most capped referee in world rugby.

At the 2022 BCBC conference Nigel will share his wisdom about building and nurturing mental resilience to allow us to grasp opportunities as they arise during this challenging, but exciting time in British agricultural history.

Nigel is recognised as one of the world’s best ever rugby referees.  Born and bred on a council estate in Mynyddcerrig West Wales. A fluent welsh speaker he first picked up the referee whistle aged 16. He went on to have a 17-year career in the sport and was one of the first Welsh Rugby Union professional referees. He refereed 100 international matches before announcing his retirement in late 2020.

Over the years Nigel has publicly spoken out about his own struggles with mental health and coming to terms with his sexuality. He is the first openly gay man to come out in professional rugby and was named Gay Sports Personality of the Year by gay rights group Stonewall at its annual 2007 awards ceremony in London and then the Gay Sports Personality of the Decade in 2016.

In recent years Nigel was able to fulfil his ‘first dream’ when he bought a farm in the Gwendraeth Valley, Carmarthenshire where he founded his Mairwen herd of pedigree Hereford cattle, named after his late mother.

Nigel was awarded the MBE for services to sport in the Queen’s Birthday Honours in 2016, the same year he received an honorary fellowship from Cardiff University. He was elected as president of the National Federation of Young Farmers Clubs in 2020.