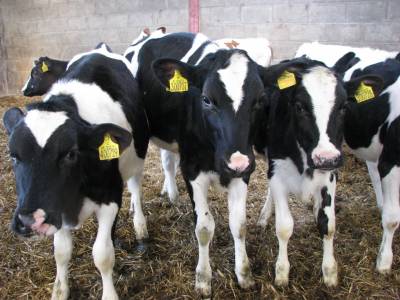 The dairy cow of the 21st century is a very different animal from that of the past. Her production has substantially increased, her somatic cell count has declined, fertility has improved, foot, leg and udder conformation has seen changes for the better, and many other traits, including lameness, longevity and mastitis, are moving in the right direction.

This is as much a success story for genetics as it is for management and technology. It is impossible to apportion the exact part played by each, and it will vary from trait to trait. But it is generally accepted that genetic gain has accounted for around two-thirds of the improvement made in milk production over recent decades.

However, more important than identifying the reasons for the improvements is to continue to make them – especially in traits affecting health, welfare and fertility – and genetic tools are playing an increasingly valuable role in this progress and should continue to do so.

There’s a wealth of freely available information from AHDB Dairy, who have no affiliation other than to farmers themselves. Working with EGENES (Edinburgh Genetic Evaluation Services), based at SRUC (Scotland’s Rural College) they calculate all male and female independent genetic evaluations for production, health and conformation traits, the latter on behalf of breed societies. Genetic evaluations are published three times a year in April, August and December.

These independent evaluations should form the basis of all breeding decisions made by UK dairy producers, and it is estimated that over 95% of dairy semen purchases in the UK are based on AHDB data. Any non-AHDB derived breeding evaluation is likely to be either a foreign index (calculated from within a different cattle population and for different farming systems and trading conditions) or a commercial breeding company’s proprietary index. Foreign indexes cannot be easily converted to be meaningful to commercial UK milk producers and proprietary indexes should be used alongside independent data.

The starting point of a breeding programme should be to determine the ambition for the herd in 5-10 years’ time. The choice of breed (either pure or cross) needs to reflect this goal, within the constraints of the farming system.

The Holstein has dominated the industry for many decades, and a move to another breed should not be made without considering the size of the Holstein gene pool, which is overwhelmingly larger than that of any other breed. Across this gene pool there is a wide choice of sires which can now transmit high fertility and health to their daughters, a more robust type of animal than in the past, as well as the high production on which the breed has built its dominant position.

Crossbreeding is often considered by producers and should be carefully weighed up for its pros and cons. Its main benefit comes from heterosis or hybrid vigour, which effectively confers better performance (particularly in health and fertility) on crossbred offspring than the average of its parents. However, crossbreeding can lead to a loss of uniformity and raise questions for breeding subsequent generations, while improvements attributed to hybrid vigour are not passed down the generations. Just as with pure breeding, the continued use of high genetic merit purebred bulls remains essential.

Which choice of selection index

Whichever breed or breeds are chosen, producers are advised to always use an economic index (£PLI, £ACI or £SCI) as their primary selection goal. This will help them produce well-rounded cattle with desirable genetics for a combination of production, conformation, fertility and health, ultimately leading to the best economic performance. A small proportion of producers still select both males and females solely on the strength of their milk production potential, but this is not recommended on health and welfare grounds, because of undesirable correlations. Conversely, some producers have historically selected sires on overall type (Type Merit), but this, equally, is not advised as a primary selection for commercial milk producers. However, it should be noted that many functional conformation traits recorded by the breed societies are included as predictors within health and fertility indexes. This includes body condition score within Fertility Index, foot and leg composite within Lameness Advantage and udder composite within Udder Health Index, all of which are also included within £PLI/£ACI/£SCI.

A factsheet to help determine the best choice of selection index for a herd can be downloaded here: https://ahdb.org.uk/knowledge-library/which-economic-breeding-index-is-right-for-me

Once the primary selection goal is determined, secondary traits important to the herd can narrow down the ranking. For example, this could be fat and protein percentage for herds on a cheese-making contract or SCC Index for a high cell count herd.

If desired, producers can further add individual conformation traits to improve specific type traits within their herds. Details of type classification systems can be obtained from the breed societies which carry them out.

Interactive sire rankings for all dairy breeds can be found on the AHDB Dairy website (breeding and genetics section). These can be reranked to identify bulls which excel for any individual production or health trait.

Making use of sexed semen

The technology to produce sexed female semen has improved in recent years to the extent that conception rates close to those achieved with conventional semen are now widely claimed. With over 90% of calves born expected to be female, its use can cut the generation interval and increase genetic gain.

Due to the substantial difference in value between pure dairy and beef-cross-dairy bull calves, using sexed female dairy semen as part of a programme which breeds the lower genetic merit cattle to beef bulls has clear economic advantages. To maximise value in the beef-cross-dairy calves, bulls with a high genetic merit for carcase traits should be chosen. The AHDB National Beef Evaluations provide a genetic evaluation for commercial carcase traits in beef cattle, and can be accessed via www.ahdbbeef.egenes.co.uk. Care should also be taken to choose easy-calving beef bulls.

In addition to the evaluation data, AHDB Dairy also offers a Herd Genetic Report which not only provides a snapshot of the herd’s genetic strengths and weaknesses, but also plots its genetic progress. The bespoke report is available free of charge for any milk recorded herd through AHDB Dairy

Producers and their representatives can register for their report at: https://ahdb.org.uk/herd-genetic-reports

Improvements to the tools of genetic selection are being made faster than ever before. Reliable, independent, national breeding indexes for traits such as feed conversion efficiency, gestation length, methane, ketosis and Johne’s disease are being research for potential inclusion in the national evaluations.

The speed at which genetic change can be made makes the responsibility of choosing a breeding direction even more critical than in the past. But failure to make progress in areas of health and fertility means cows which are milking in years to come could be more difficult to manage than those milking today.

Whilst management will always play the major role in disease avoidance and cure, it is certainly possible to stack the odds in the farmer’s favour through better genetic selection over the long term.

A guide to dairy cattle breeding can be downloaded from the AHDB Dairy resources library at:  https://ahdb.org.uk/knowledge-library/breeding-briefs

Feature supplied by AHDB Dairy.  BCBC would like to thank AHDB Dairy for their support of the BCBC Virtual Conference 2021