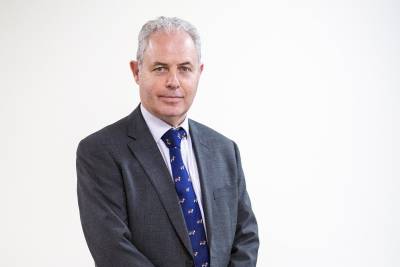 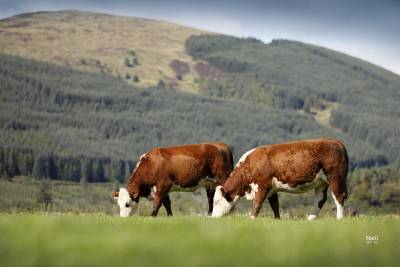 As more and more people turn to the Hereford for its ease of management and grass converting abilities, we catch up with the society to explore its recent growth and development and future direction.

It is no coincidence the Hereford breed has seen a great revival in recent years, says David Deakin, breed secretary of the Hereford Cattle Society.

The Hereford breed has become commercially relevant and popular once again in the UK, and as market requirements and producers’ outlooks alter, the breed is increasingly suited to the future beef agenda.

David explains: “Over 9,000 pedigree calves are registered each year, which is up nearly 50 per cent compared to 10 years ago. Looking at the equally important commercial numbers, over 185,000 Hereford sired progeny are now registered annually in the UK, including those on cross-bred suckler and dairy systems. This is an almost 90 per cent increase over the last decade.

“The increase in membership, registrations and commercial demand is clear. We have an animal that is both prolific and efficient at turning forage into a high-quality source of protein, along with the associated health benefits of eating beef higher in omega 3.”

This demand is also found at the consumer-end of the supply chain and the number of branded Hereford Beef carcases processed in 2019 was up over 350 per cent, compared to 10 years ago, adds David.

He continues: “Hereford Beef has been in vogue in recent times, gaining its own share of recognition in the consumer press, which is very encouraging and perfectly reflects its quality.

“However, much work is still to be done in promoting Hereford Beef to the public, which is essential in order to provide existing and potential stockists with the confidence consumers know our brand. Quality has never been an issue for Hereford Beef, but its recognition as a premium product has.”

Hereford cattle do exceptionally well on grass-based diets, which we know plays a vital part in telling the sustainability story to consumers. But there is more to sustainability than limiting carbon emissions and promoting its sequestration, David continues.

“You have to take a holistic approach when it comes to sustainability, it’s more than just a buzz-word. We need to consider the planet, people and profit. Our breed meets a myriad of needs in this respect.

“For one, we are producing animals which are docile and easily managed and this really does create a better and safer environment for people to work in.”

David explains that increasingly pedigree and commercial producers are turning to the Hereford for financial reasons.

He says: “Time and time again we are hearing Herefords generate a greater margin than their continental counterparts. Perhaps they don’t make the highest price per head, but in any business, it’s not about turnover, but left over, and people are increasingly recognising this.”

The Hereford can reach modern carcase weight requirements quickly, while still achieving the animal’s genetic potential, and laying down an adequate fat cover.

“The carcase is the cornerstone to much of our activity as a society, and with our provision of the scanning incentive, members are encouraged to scan for important associated traits. Selection of cattle based on these traits helps to disseminate commercially relevant animals throughout the supply chain once the genetics leave their pedigree homes into other systems,” he says.

Further bolstering this drive for good breeding decisions and producing animals well-suited to the demands of the modern market is the superior carcase sire scheme, available to both members and non-members.

David says: “Via our superior carcase sire scheme, we are encouraging members and our commercial bull buyers to invest in animals with high carcase figures to produce what the market desires.

“We are striving for continual improvement within the breed, whether that’s product or process. We warmly welcome new members and encourage those interested in stocking Hereford Beef to join us on our journey in producing high quality, healthy beef, sustainably produced with our planet and people in mind.”

We are grateful for the support of our sponsors for our Virtual Conference to be held on Tuesday 26th January, thank you.